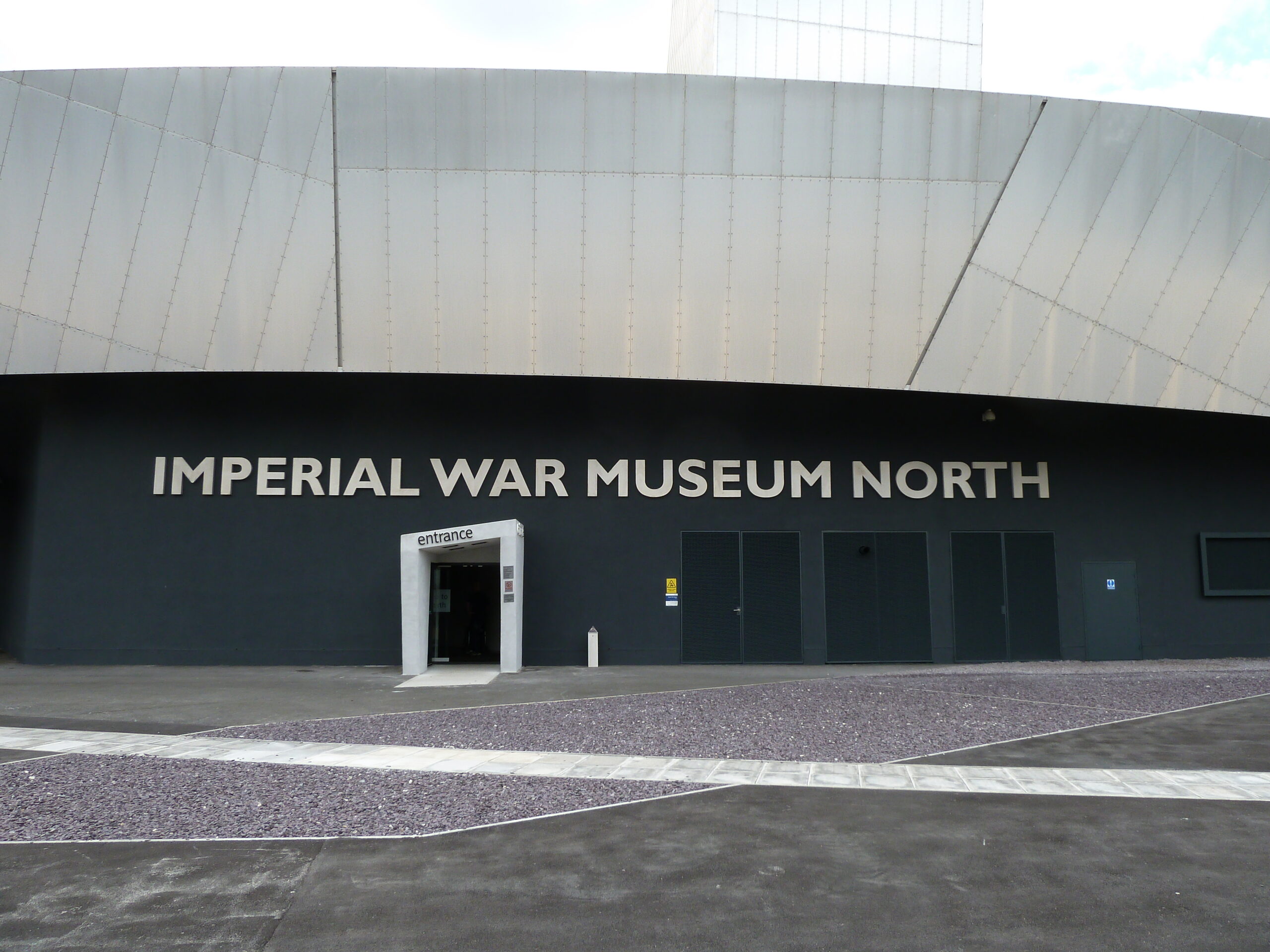 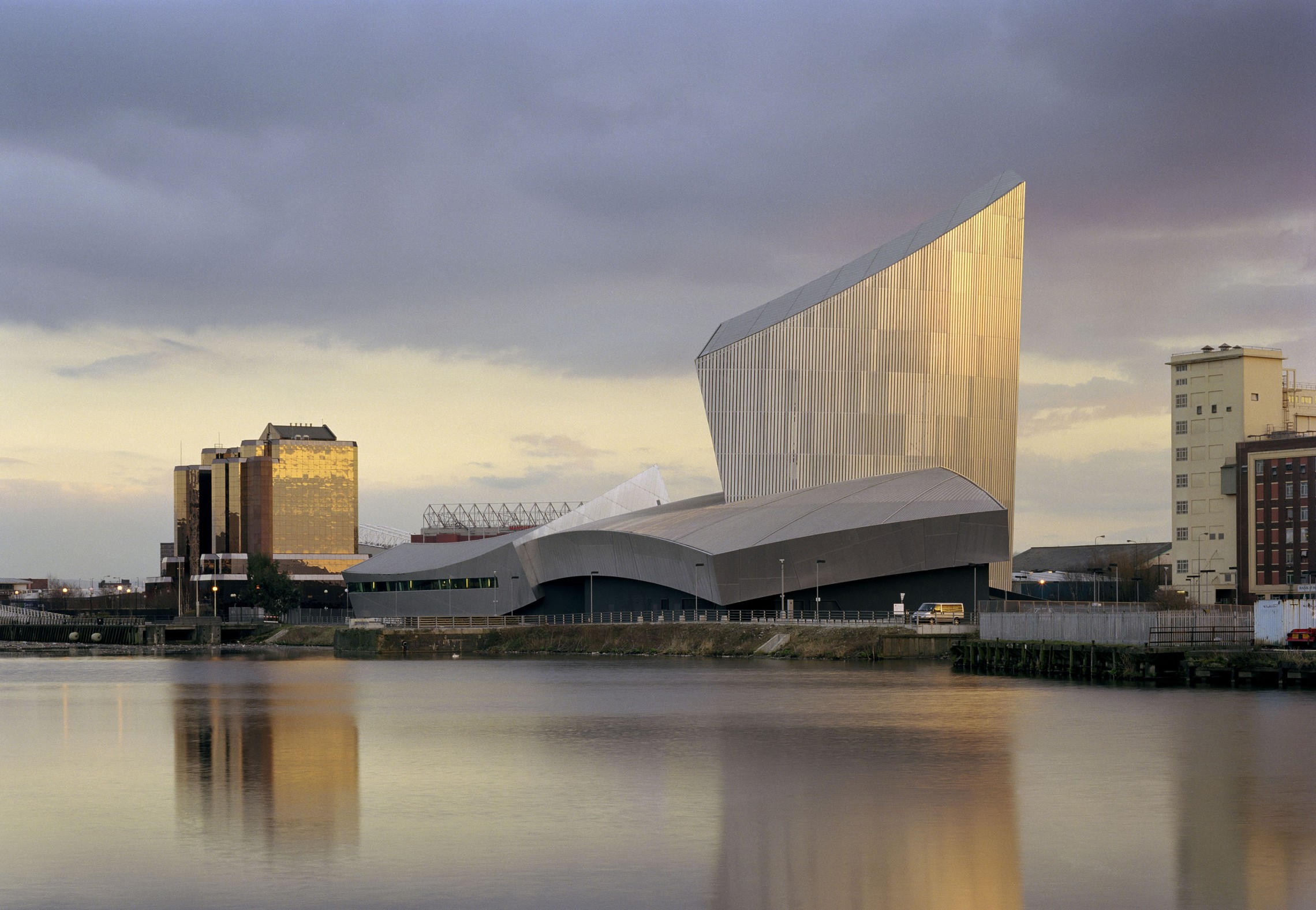 A museum focused on the history of conflicts and their impact on human society.

Be the first one to rate! Submit Review

Housed in an iconic aluminium clad building, representing a globe shattered by conflict – IWM North is the first museum in the UK to be designed by internationally acclaimed architect Daniel Libeskind. Libeskind created the building to enhance the museum’s subject matter – the sharp angles, sloping floors, leaning walls and imposing exterior are deliberately in place to unsettle and disorientate you, intensifying the collections and stories within.

The design concept is a globe shattered into fragments and then reassembled. The interlocking of three of these fragments—representing earth, air, and water—comprise the building’s form. The Earth Shard forms the museum space, signifying the open, earthly realm of conflict and war; the Air Shard serves as a dramatic entry into the museum, with its projected images, observatories and education spaces; and the Water Shard forms the platform for viewing the canal, complete with a restaurant, cafe, deck and performance space.

Interestingly its built on a bombsite.

When IWM decided to build another museum in the North of England, the wartime history of Trafford Park made it stand out as an ideal location. It was here that vital munitions were built for the First and Second World Wars and here that factories churned out munitions, tanks and engines to support the war effort.

Trafford Park was a main target in the Manchester Blitz, which caused extensive damage to factories and warehouses in the area. The site that IWM North stands on today is where the Hovis Grain Silos once stood before they were bombed and burnt down in the Second World War. When the foundations were dug for the museum, shrapnel and an anti-aircraft cartridge shell were found.

Q Is there an online shop?

Yes - it can be accesses here

Rate us and Write a Review

Get Directions
Show all timings